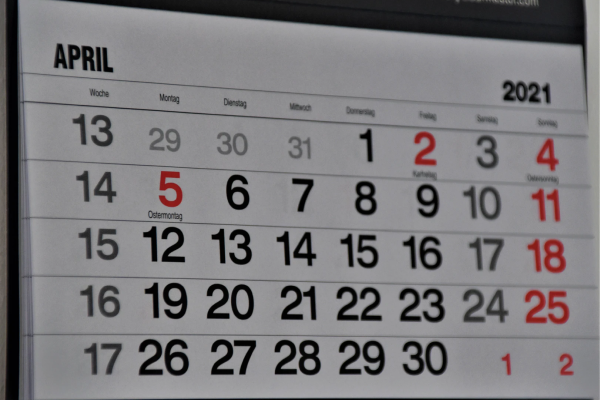 What's in this edition?

The Leader is a monthly newsletter by Contact State that summarises the stories, trends and opinions for businesses that use lead generation.
You can sign up to receive The Leader in your inbox here.

We are proudly supporting and sponsoring Lead Generation World UK, the UK’s first dedicated lead generation conference on May 17th 2021. If you’d like a complimentary ticket, please fill out this form.

Lead gen ignorance is not an excuse, rules the ASA

There is a change of tone, commitment and energy from the UK’s advertising regulator when it comes to scrutinising online lead generation adverts; someone seems to have switched the ASA off and on again.
Three rulings in quick succession suggest the ASA plan to be more active in the lead generation space, in the weeks and months ahead:
EquityReleasePlus.co.uk - 31st March 2021


Ruling 1 makes it absolutely clear that you cannot pretend you have an affiliation with, or are endorsed by, an individual or a brand where you have no connection. Regular readers will know we have loudly campaigned and harassed lead generators who misleadingly use insurance brands in their advert copy and landing pages. In black and white now, you cannot do this.
TFLI Ltd - 7th April -7th April


Ruling 2 is focused on this idea of offering fake incentive via a spurious suitability promotion. “ad (a) misleadingly implied that the service was specifically for women in their 40s”. This is a major ruling as there are dozens and dozens of lead gen websites doing exactly this right now. Is the ASA going to censure them all?
Flexible Digital Solutions Ltd - 7th April


Ruling 3 clarifies what we’ve known for a long time, but pretending that you lead generation form is a ‘quiz’ is misleading. Relating to this ruling, the ASA said “the reference in ads (a) and (b) to taking a “quiz” irresponsibly trivialised an application for such a service”
Adam Spagg of Flexible Digital Solutions Ltd, (one of the firms named in the ASA rulings) engaged with one of our Linkedin posts and then openly and transparently chatted to us about the ruling and his reaction to it. He told us (referencing the ruling) that Flexible Digital had engaged the services of an external affiliate to generate leads for them, who then lied to them about what the adverts would look like.

He said, “the ASA have mentioned an advert and landing page in their findings. Neither of those belong to us. The advert isn't something we'd seen or authorised, the affiliate used that without our knowledge. From the advert, the customer was then directed to the website https://save-extras.co. That site isn't ours or anything to do with us. The affiliate has built that site themselves as a second layer in their funnel. To clarify, the customer sees the ad on facebook, goes to that landing page which contains an article promoting the benefits of an IVA. We have nothing to do with the ad or the lander. The ASA haven't mentioned that anywhere and have instead insinuated that we own the lander”
We think this is a cautionary tale and should make any lead buyer who doesn’t have certified control of their lead generation campaign sit up and take notice. If you work with an affiliate to generate leads or send traffic to your landing page, the ASA will hold you, the buyer, liable for the actions and activities of those lead generation firms.
However potentially unfair that might be, these are the rules that the ASA intend to force upon lead buyers

Contact State bangs the drum for greater scrutiny of financial promotions, because it matters. If a consumer goes online to seek out a mortgage, insurance, investment or retirement product, it may end up being one of the biggest, most important purchases of their lives.
We think that If a lead generator is involved in introducing a consumer to a regulated product provider or intermediary, they are effectively undertaking a regulated promotion. If you accept the premise of that argument, there are two possible options:
The FCA intends to change the rules around financial promotions and we’re all waiting patiently to see what the outcome of the most recent consultation will be. In the meantime Contact State has become aware that some DA firms and DA networks have begun preempting the outcome of those consultations and are making their lead generation partners ARs or IARs.

This is potentially hazardous.
By granting these permission the firms and networks in question are accepting liability for the adverts that are run in their name without real time control. Delegating your regulatory authority (liability) through the AR/IAR mechanism to a lead generation firm whilst also having no reliable and accurate means of monitoring the financial promotions themselves, is like handing the keys of your shiny new car to a underage, drunk driver. Maybe you’ll get your car back in one piece, maybe you won’t, what's certain is you’ll have absolutely no control.

We believe that all regulated lead generation activity should be independently certified, to provide a clear real time audit trail of what actually happened on the customers online journey. This is a simple mirroring of regulated call recording.
Handing out these sensitive regulatory instruments without real time control is dangerous to the health and status of your business.

US Healthcare adverts will require certification

Google have been bashed about in recent weeks by everyone; the Government, the financial regulator, trade bodies, lead generators and consumers. And rightly so. As the dominant online advertising platform in the world they have failed to do enough to prevent fraudulent advertising whilst at the same time, profiting from misleading advertising.
The response, however, has been impressive.
First came the ‘business operations verification process’ and then came the advertiser verification process’ and now it seems that Google are going to require healthcare advertisers in the US to specifically prove they have the relevant authority and capability, to provide the healthcare provision their adverts claim. It's a major step.

First reported in Search Engine Land on April 20th, Google is replicating the same model it has for advertisers of online pharmacies but this time for private healthcare and will insist that the advertisers are independently certified.
The liberal provision (and standards) of healthcare in the US is not Healthcare in Europe and there are many good reasons why Google would look to restrict the open access to this specific market, but it does raise the question what and where next?
For example, might Google UK require advertisers of investment products to provide an verified FCA number, before they allow adverts of this nature to run? It would be a major step in stopping scams.

The changes in US healthcare are not due to come into force until June 2nd and we’ll keep an eye on their implementation and effect in future posts.