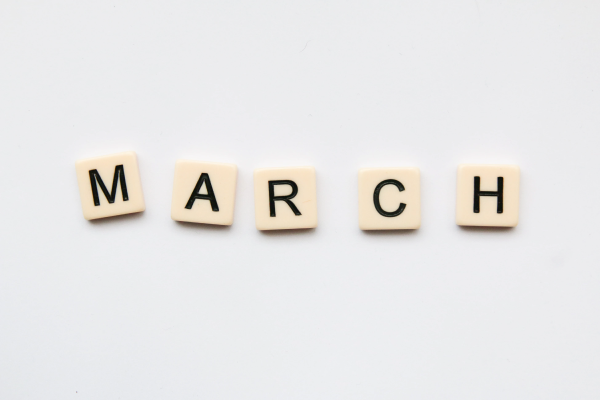 What's in this edition?
The Leader is a monthly newsletter by Contact State that summarises the stories, trends and opinions for businesses that generate or buy leads.
You can sign up to receive The Leader in your inbox here.

The ICO’s investigation into the funeral firm Avalon and the lead generation businesses Plan My Funeral and Impressia in 2019, uncovered that the funeral planning sector had a lead generation and boiler room sales problem. At the time, The Daily Mail covered the issue here.
The FCA stepped in last week and unveiled its latest consultation paper; it is preparing to bring the whole prepaid funeral planning sector under its direct - supervision.
We’re familiar with these rather dry looking consultation documents, but this one was surprisingly explosive!
Here are the highlights:
A ban on commission paid to intermediaries
To put this in context, a funeral plan is sold to a consumer for around 3-4k and a commission of between £500-£950 is paid to the firm selling the product. When you consider that advertising costs are much lower than other sectors like Mortgage and Insurance, it's no wonder that some firms have looked to make a quick buck. The FCA’s view appears to be that this level of commission encourages bad behaviour and they intend to limit it.
Cold calling will be banned
Under the proposed reforms potential customers can ONLY be contacted if they initiate the process and make an express request to be contacted, to mirror other sectors like pensions and investments. The FCA appears to recognise that all of the issues uncovered by the ICO didn’t go away with an ICO fine and many of the same protagonists responsible for poor practice simply set up new firms and started again.
Changes to solvency requirements for funeral plan providers.
One of the big question marks hanging over the whole funeral planning sector has been the concern that many plan providers can’t afford to pay out on every plan they’ve sold to date. In this latest consultation document the FCA proposes that a funeral product provider can only deduct surpluses (i.e. profit) from its overall trust if the trust’s solvency level is above 110% and this is signed off by the trust actuary. This would go a long way to limiting short term growth but would ensure longer term stability and consumer security.
What does all this mean?
Are there opportunities for legitimate lead generators and good salespeople? Put simply, yes.
If these proposals are passed, this is what we think will happen:
1. Funeral plan providers and intermediaries will actively seek out compliant lead generators.They know they will now need to work with firms who can certify that they comply with the new rules. There is a significant opportunity for good lead generators to work with the brightest and best funeral firms, as they prepare for these changes.
2. It's going to be more important than ever to be directly FCA authorised if you want to sell consumer finance leads in 2021. We think that the FCA are using reforms in funeral planning as a dry run for the sort of changes it wants to make to every financial promotion and sector in the UK.
3. These proposals will drive out the cowboys from funeral planning because these reforms will treat funeral planning like any other regulated product. They will encourage Life Insurance brokerages to add funeral products to their product lists because funeral product providers will seek alliances with directly authorised firms.

If you generate consumer financial leads in the UK via search it's very likely that over the past 6 weeks your Google account was suddenly paused. Clients and friends of Contact State have been reporting back to us about the effects of Google's Business Operations Verification process as it swept through insurance, lending and retirement planning.
If you answered Google’s demands with enough detail the first time around it seems in most cases your account was live again within 48 hours. If you tried to cut any corners your first application was sent back to you to do better, with your account remaining paused until you did.
We don’t know of anyone who failed twice.
That seems strange given that this process was billed as Google’s big effort to clean up scam advertisers, you would expect one or two businesses to fail surely? It’s especially strange as you can still type in any number of financial search terms and see lead generation sites fraudulently misrepresenting financial products (as the consumer campaigner Mark Taber has pointed out here and here).
So what's going on?
We think Google was always less interested in verifying businesses on its platform and always far more interested in collecting information about advertisers to use at a later date. Google’s UK and Ireland MD, Ronan Harris wrote this letter to the FCA and outlined his approach. “Tackling bad actors who seek to defraud consumers is a complex challenge that requires a multifaceted response.”
We think Google’s Business Operations Verification process was a fact finding mission before the launch of the Advertiser Identity Verification process. This is now being quietly and slowly rolled out and is live for a handful of lead generators, chosen seemingly at random.

Here’s a good example of it in operation in Life Insurance advertising:
You can see that for this advert the consumer is given the choice of understanding why they are being targeted (which every search result has) AND more information about the company paying for the advert, in this case the lead generation firm, Free Price Compare.
If you click “about the advertiser” you get this additional detail:
So what happens now?
If Google really does roll the Advertiser Identity Verification process out to every single advert it displays, there are a number of things that we think are going to happen over a relatively short period of time:
We’re still waiting to see the outcome of the FCA’s consultation on the new financial promotions regulatory gateway but there appears to be a good deal of communication between the FCA and Google; we think that's driving these changes.
As we’ve highlighted above there are still glaring gaps in Google’s ability and willingness to stop fraudulent lead generation but the steps being proposed and taken are positive and Contact State welcomes them.


Interesting links for you to read, watch and listen.