How AI is cleaning up life insurance data fraud 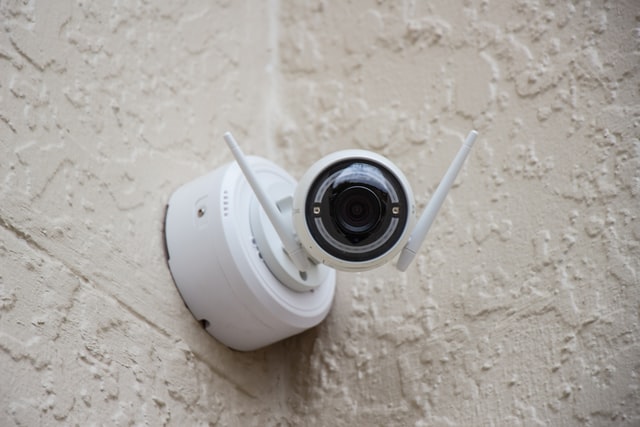 If your data could talk, what would it say?

I don't mean the boring stuff; HR administration and office away day risk waivers. I mean the sensitive customer data that you keep locked away in a CRM system. Would it praise you for the compliant way in which you handle data or with a wagging finger, would it point to a series of leaks and breaches?

Many life insurances businesses are asking these questions right now, driven by the threat of GDPR fines, which are becoming increasingly commonplace and sizeable. Businesses that are looking at their own practices, are finding that a lot of their data doesn't actually cheer, or complain. In fact, the data doesn't say anything at all, because a lot of UK life insurance prospective customer data is fake or at serious risk of being duplicated and resold on.

This is a common situation in the average UK life insurance firm:

Whether you're an intermediary that buys leads, an insurer that constantly monitors written policies and clawback, or an IFA that simply receives referrals, the way that you handle and process data would be a lot more effective if you could spot fraud before fraud could spot your data weaknesses.

Advances in artificial intelligence (AI) is now making this possible and technology entrepreneurs are turning their focus away from the marketing of products and towards the challenge of making regulation easier and more effective. ‘Regtech' (as this industry is becoming affectionately known) has the ability to save you time, resources, money and moreover have a positive impact on your reputation.

Where is the fraud occurring?

It's only really now that the life insurance industry is beginning to realise that many good life insurance businesses have failed to succeed, not through commercial mismanagement, but rather, a very poor grasp of what is actually going on with their data. Where there is no provenance to the data, that is to say, where you can't attribute a piece customer data to a landing page it's come from, you have absolutely no control that that data won't be resold at the most opportune time to the most unscrupulous buyer. A piece of data might look fantastic week one, but is it still on risk after year one?

The rise of fraudulent bots

Lead generation bots are the equivalent of the click farms you may have seen reported in the press or on Linkedin. Sophisticated producers of enquiries now mix and match lead details in order to fraudulently pass through data validation. A classic and increasingly prevalent example are ‘intelligent' lead bots designed to bypass your validation with a series of real looking details and a manually appended phone number that rings but never picks up.

If you are a life insurance business that relies on leads or paid media, something to be very aware of is that a duplicitous sub-affiliate might sell a lead once to a network in Birmingham, again to a broker in Bristol and the same lead to a broker in Brighton, and never ever face detection. You might think your expensively acquired piece of data is unique but the reason they might not be picking up the phone is that they've bought life insurance from the ‘other' brokerage that called them and the consumer has added your number to a block list.

Is there a solution for data fraud?

Data fraud and no contact on customer data is not a small problem. Its huge. The Interactive Advertising Bureau (IAB) estimated that online performance financial marketing spend reached £1.6 billion in the UK in 2017. When you extrapolate out lead generation (which the IAB says accounts for 12% of that spend) even a rough estimate suggests that no contact on consumer enquires, costs the financial advisor industry anywhere between £50-75 million a year.

However, we are where we are because a lack of effective regulation combined with an industry unwillingness to share information. Rouge data providers are exploiting the information vacuum and use one or all of the techniques above.

It doesn't need to be this way: The rise of ‘regtech' police

When you look at how other sectors of advertising like mobile have developed, it's interesting to note how much tighter the controls are and how clearly media can be attributed. Particularly for mobile advertising, if you worked with an agency to introduce clicks to your site, working with a ‘police' platform to ensure the legitimacy of the data you were buying would be common place.

‘Regtech' businesses are now popping up all the time, using artificial intelligent data processing to perform multiple data points checks that are helping to eradicate the challenges above. If you hold any amount of customer data, whether its bought or historic, now is the time to think seriously about whether your measures to probe and ensure the veracity of your data are adequate. Now is the time to throw light into the murkier elements of the insurance marketing industry by demanding transparency.

This article first appeared in Cover Magazine on the 2nd July 2019 https://www.covermagazine.co.uk/feature/3078483/-ai-change-life-insurance-fraud