Exposing the secrets of lead generation 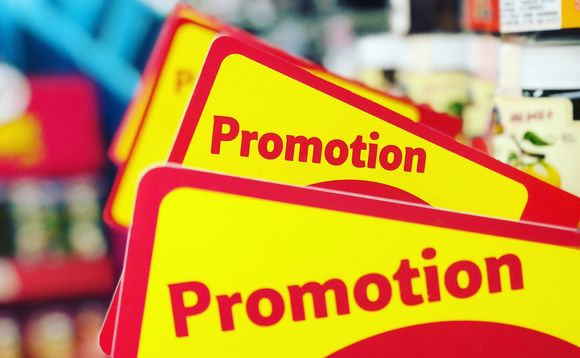 The insurance industry has spent millions of pounds on GDPR compliance, but in truth most insurers and underwriters are blissfully unaware that consumers are routinely misled online, every single day.


There are at any one time operating in the UK, a number of lead generation affiliates flagrantly breaking numerous levels of ASA and FCA regulation, without fear of being caught.

If you are online today, you'll likely be targeted by and see the following:


How has it come to this?


As an industry, we've allowed a culture of silence to develop over such a fundamentally important aspect of how consumers are marketed to, putting sales in front of due diligence.
If you've ever been frustrated with fraudulent lead gen advertising, I'm here to give you hope; If we all work together, we can remove misleading adverts and get back to protecting consumers.


The life insurance 'trick' - why does fraudulent marketing matter?


There are numerous, regulated and legitimate lead generation businesses in the UK but they are being increasingly undercut and crowded out by the aggressive ‘click bait' tactics, described above. Unscrupulous sellers of insurance leads are thriving because it's cheaper to generate a lead with a misleading incentive and much easier to generate hundreds of leads from one advert.


This is why it matters:


Poor contact rate: When a consumer is thrust from clicking an advert promising instant ‘buy online insurance' or ‘get online quotes', to the reality of speaking to an insurance adviser they become rather less interested and hang up. Maybe they return to life Insurance, maybe they don't, but that feeling of being ‘tricked' into speaking to an advisor is very damaging.


Cancellations and clawback: Consumers that have been sold Life insurance as a commodity are far more likely to cancel and switch policies as they would do their mobile phone. There have been a number of high profile intermediaries that have gone bust in recent years due to clawback liability and if you look up on Companies House who they owe money to, they almost all have the same pattern; they got hooked on cheap leads. This is a dangerous trend for insurers.


Much lower premiums: Click bait adverts produce lower premiums because after a consumer has been promised life insurance for ‘pennies per day' on social media, customers became focused on the cheapest possible monthly payment, rather than what they are protecting and why. Routinely, insurance advisors across the country have to explain to consumers that the rate they've seen online isn't actually possible, rather than talking them through the benefits of Life Insurance.


What can you do?


The real test for a lead generation advert should be the regulations set out by the Advertising Standards Authority (ASA)
Right now the ASA are prosecuting advertisers in all industries who:


We need to focus industry advertising due diligence back onto these three main principles and start routinely reporting anyone who falls foul of them.


The Protection Distributor's Group led by Alan Knowles have done excellent work highlighting the practice of ‘dodgy distributors'. They are making it harder and harder for unscrupulous individuals to set up life insurance firms whose sole aim is to make a quick buck. We need to mirror that work in insurance advertising.


There appears to be a series of walls between legitimate lead generation firms, the intermediary, the insurer and the underwriter, each pointing the figure at each other for whose responsibility tackling fraudulent marketing is. Some people say the Financial Conduct Authority (FCA), others say the Information Commissioner's Office (ICO) and I've clearly highlighted the important role that the ASA can play but the answer is a lot more straightforward.


I believe the insurance industry should set a new standard for advertising:


If this piece has got you thinking about what you can do to help, it's not too late for a new year's resolutions. If everyone that reads this article calls out fraud as and when they see it online, together we can change insurance marketing, so that it protects our customers.


We are here to give consumers the peace of mind that comes with long term insurance, but at this very moment, consumers are being misled by fraudulent life insurance adverts on our watch and we've got to put an end to it.

This article was originally published at Cover Magazine https://www.covermagazine.co.uk/opinion/4009419/alain-desmier-exposing-secrets-lead-generation