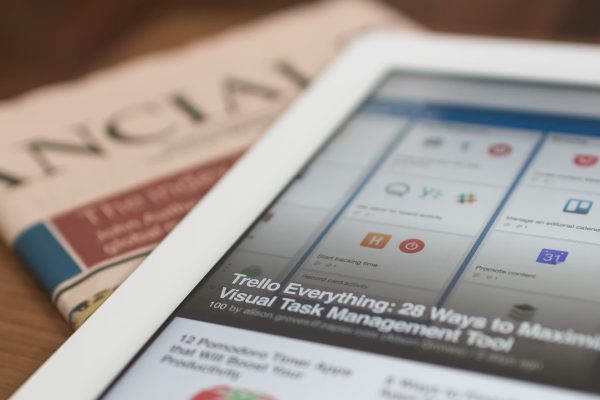 The Advertising Standards Authority (ASA) releases rulings every Wednesday morning and most rulings are announced and then never seen again; small slaps on wrists for naughty advertisers who push the boundaries of advertising ethics a little too far. Occasionally however, a ruling resets an entire approach to advertising logic and precedent.
This week’s ruling on Open Media Group Ltd t/a Peace of Mind Funerals is significant because of the style of advertising the ASA are challenging. Contact State believes this ruling should be interpreted as a direct regulatory challenge to ‘native’ advertising tactics used widely throughout the mortgage, will writing, equity release and protection lead gen.
Contact State has argued (here, here and here) that ASA rulings in 2021 point to a pattern of increasing regulatory intervention. We think the ASA previously had a knowledge gap (it didn’t really understand what lead generation was), but now appears to be making up for lost time.
What does the ruling say?
The ASA have ruled that Open Media Group Ltd breached fair advertising standards through its brand Peace of Mind Funerals and associated advertorial site, Must Have Money Tips. The ruling referenced these two adverts by Open Media Group which were investigated and then ruled against:
The ASA had two main areas of concern:

The adverts this ruling refer to look like this:


The ASA, responding to two complaints, centered their investigation and then resulting ruling on the misleading nature of the word ‘benefit’.  Responding to the initial complaint, the lead generator in question claimed:
“the ads referred to a “new” benefit because the firms they worked with only provided funeral plans to consumers who did not already have one; any plan would therefore be new for the consumer”
(...which should surely win an award for most outrageous justification ever given)
The ASA were also very concerned about the way the lead generator passed itself off as a product provider of the service it was selling rather than declare its introducer role in the sales process.
The advertising regulator came to to the following conclusions:
Analysis, precedent and comment about this ruling
In many ways, the lead generation industry in the UK has been crying out for this level of clarity for months, if not years. Everyone involved with financial lead generation has been able to see this type of advertising is misleading and harming consumer outcomes. However with the ASA seemingly having been unwilling or unable to act, alot of lead generators and financial firms have joined an advertising race to the bottom in order to compete.
It should be noted that although Open Media Group have been ruled against here, they are simply one of many firms who have used this exact type of advertising.
You don’t need to be a regulator to understand that promising a consumer a benefit only for that benefit to turn out to be a chance to buy something you don’t currently own is fundamentally flawed. This practice should now be treated as ‘banned’.
Less clear cut but potentially more interesting is the ASA’s commentary around the role of lead generation. It is increasingly clear that the ASA expects all lead generators to make it crystal clear that they are passing on the consumer details and are paid a fee to do so. Any lead generation site that does not make this clear could well find themselves in the Wednesday morning ASA ruling bulletin.
It is interesting to note that in this specific ruling, the ASA did not carry out its previous practice of naming and shaming the lead buyer as well as the lead seller (as they did here, with commentary here). One can’t help but wonder if doing this would not make the deliberately misleading lead generators and their clients stop quicker.
However this ruling is interpreted and used in the future,  this is a victory for common sense and consumer clarity. Products that specifically target older and likely more vulnerable clients should not be able to target consumers with this predatory and misleading incentive. On your journey through the internet, if you see adverts that are promising consumers a ‘benefit’ that turns out to be nothing more than a sales hook, report it to the ASA.